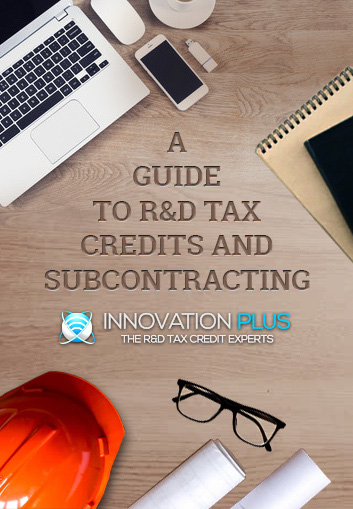 Companies that hire external parties to help them carry out R&D project often don’t have clarity on how to include those external costs correctly in their claims.

And companies that are hired to carry out the eligible R&D work, want to know whether they or the hiring company hold the right to make an R&D tax credits claim for that project.

There are a few scenarios to consider and, in this article, we’ll be clarifying the rules that apply to each.

Firstly, the two different types of R&D tax credit schemes (the SME and RDEC schemes) each have their own set of rules governing subcontracted R&D projects.

Related: An overview of the R&D Tax Credits scheme

Rules for the SME Scheme

Under the more generous SME scheme, the contractor (i.e. the company paying for the subcontracted R&D work) has the right to claim R&D tax credits rather than the subcontractor carrying out the work.

The contractor can include 65% of their subcontractor costs in their claim as eligible R&D expenditure – if the work being delivered qualifies for the scheme.

However, in certain cases, the right to claim the R&D tax credits will be held by the subcontractor, because it is not R&D that is being subcontracted, for example, if it is a contract to provide a service or a commercial product.

The general principle to determine whether or not R&D is being subcontracted is that the fact pattern of the commercial arrangement needs to be examined, starting with any contract between the parties if one exists.

While a contract, if one exists, may not be conclusive, there may be certain indicators which will point to whether or not it is subcontracted R&D. It is, of course, better to consider these points at the outset of the commercial arrangement than in retrospect, and to ensure that a written contract reflects the desired intent.

While these are not conclusive, taken together, they form a fact pattern which potentially can take precedence over what is written in a contract.

Rules for the RDEC Scheme

We hope that we have managed to shed some light on this topic. Innovation Plus helps companies to structure their R&D partnerships in an optimal way that helps them get maximum benefit from the R&D tax credits scheme. If you need assistance in this area, please contact us for obligation-free advice.