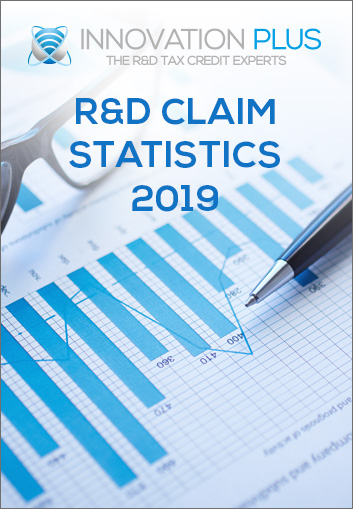 On the 10th October 2019 HMRC released the latest statistics relating to the R&D Tax Credit scheme. In this article we summarise the most important points in the report and track the most significant changes that have taken place over the past year. Finally, we explore in what these changes means for UK businesses that are claiming through the scheme.

Note: Since not all companies have filed their 2017-18 claims yet, this report draws comparisons between 2016-17 (since this is the most recent year where all claims have been filed) and previous years.

The total number of claims filed in 2016-17 increased by 20% over the previous year (52,335 vs. 43,040 claims) and there have been no signs that adoption of the scheme is reaching a saturation point and is slowing down.

Also, the disproportionate increase in number of R&D claim disputes that HMRC raised over the same period, suggests that more service providers with insufficient expertise in the R&D scheme have entered into the market. This would explain the increased number of poor-quality claims that have triggered these disputes.

2. HMRC is paying out more in R&D Tax relief than ever before

In 2016-17, HMRC paid out a staggering £4.4billion to companies that filed a claim. Apart from the government’s anti-abuse measure that was put forward a year ago, the Government continues to demonstrate confidence in the scheme by maintaining the scheme’s benefits despite the growing cost of the scheme. This is encouraging news for companies that have come to rely on the scheme for an annual windfall and can give them the confidence to continue to invest in innovative projects.

3. The sectors that are benefiting most from the scheme

The manufacturing sector continues to be the largest beneficiary of the scheme – in 2016-17 UK manufacturers claimed an impressive £1.33 billion. It’s encouraging to note that this sector was paid out £300 million more than the previous year for carrying out innovative projects.

Next in line were the ‘Professional, Scientific & Technical’ and ‘Information & Communication’ sectors that received £990 million and £805 million respectively.

The sectors that saw the biggest percentage shift to the total amount they claimed were:

The above figures show a diverse range of sectors that enjoyed a significantly larger claim total. Apart from increased awareness of the scheme this growth can be attributed to emerging industries such as IoT and big data and custom software development that companies are using across a variety of sectors use to improve their offerings or to optimise their operations

Below we have calculated the average claim values for some of the sectors that tend to be rich in opportunities for claiming:

5. The regions that are benefiting most from the scheme

Companies that are registered in London, South East and the West Midlands regions benefited the most in 2016-2017 and received 56.5% of the total benefit paid out for that year, totalling £2.11 billion. The East of England and The West Midlands showed particularly high growth and respectively claimed 30% and 20% more than they did in the previous year.

Related: R&D tax credit map – how much is being claimed in your region?

Adoption of the R&D scheme continues to show growth across almost all regions and sectors. The rate of its growth has also not slowed down from the previous year which suggests that there is still scope for more growth. In other words, there are still many companies that are eligible to claim but are not taking advantage of the scheme.

Despite the growing costs of the scheme, the government continues to see value in it which is good news for companies that are currently claiming and that will start to claim in the coming years.

Finally, there has been some speculation on how Brexit may affect the R&D Tax Credits scheme and whether it may result in the government cutting its costs through decreasing its benefit to companies. However, all indications are that the government will continue to incentivise innovation through the scheme as it stands, regardless of the Brexit outcome.

In the past few years the government has modified the scheme twice by increasing the main R&D Tax credit to 12% and then announcing an implementation of an anti-abuse measure within the scheme. This suggests that the Government continues to see the scheme as an important tool in ensuring that the UK remains competitive on a global stage from a technological perspective.

If you would like some clarity about your company’s own R&D claim position, we would be glad to advise you without any obligation. Simply contact us.