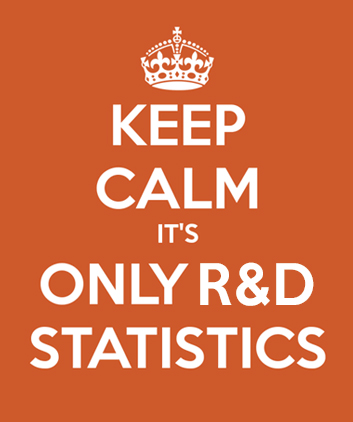 The latest R&D claim statistics recently released by HMRC reveal that the scheme is having a progressive, positive impact on innovative UK companies. Technological innovation is a proven factor in sustaining a country’s economic growth so this is much-needed good news for our uncertain post-Brexit economy. Let’s delve into the numbers and decipher what they mean:

This sharp increase is arguably the most encouraging figure to come out of the report. One government study estimates that every £1 in R&D tax credits that a company is awarded results in that same company investing up to £2.35 back into its R&D. To remain competitive in a global, knowledge-based economy, it’s important that UK companies continue to invest in innovation, particularly in the areas of energy, technology and manufacturing. It is a positive sign that the scheme is succeeding in incentivising companies to do so.

This increase is mostly due to the more SME claims being filed (the vast majority of UK companies fall into the government’s definition of an SME in the R&D context). Around 15% of these claims were made by companies that are new to the scheme. The increase is not surprising – in recent years we have seen HMRC set more favourable rates for enhanced expenditure and tax credit rates in addition to making the SME scheme more profitable for companies. The latest figures show that this policy, in combination with a higher awareness levels of the scheme, is having a positive net effect to the scheme’s adoption.

Sectors that have benefited the most R&D credits:

The ‘Manufacturing’, ‘Scientific & Technical’ and ‘Professional’ sectors have continued to gain the highest value from scheme by being awarded 75% of all the R&D tax credits. However, there were some significant shifts in other sectors; The ‘Financial & Insurance’ and ‘Education’ sectors surged forward to claim £105m (+43%) and £115m (+40%) respectively in R&D tax credits. It will be fascinating to see the types of innovations that emerge in these sectors in the coming years.

Other points of interest:

All indicators are that the R&D tax credit scheme continues to perform well and it is perhaps no coincidence that the UK features as an ‘Innovation Leader’ on the European Innovation Scoreboard 2017, with a performance of 11.7 % above the EU average in 2010-2017. While there is no ‘silver bullet’ that can assure the growth of the UK economy over coming years or even over the coming quarters, we may just find that the current increased investment into innovation may play a bigger role in shoring up the UK’s future economy than we had previously imagined.