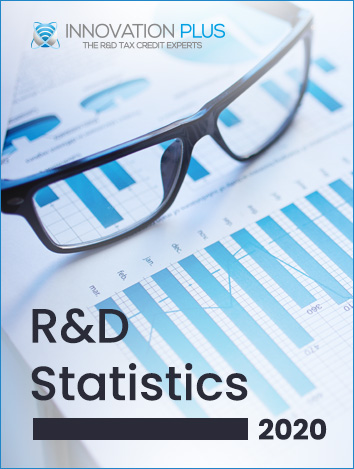 It’s that time of year when we analyse this year’s R&D Tax Credits statistics, recently published by HMRC. Our aim is to give you some insights about the current state of the scheme and also some benchmarks that you can compare with their own R&D claim position.

We have mostly focused on 2017-18 because that is the most recent year where we have a complete set of figures. The 2018-19 numbers are expected to change as more claims are filed but we have included them in some places as they can still give us a decent idea of the current state of things.

The number of claims filed

In 2018-19 there were 59,265 claims filed but this is expected to rise well above the previous year. It’s still unclear whether the scheme’s growth has accelerated or slowed down over the past year, but we can see steady growth in the years leading up to that point.

In 2018-19 the scheme has already surpassed the £5.1 billion claimed in the previous year and this is expected to rise further once all the claims come in.

What this means for the R&D scheme

More companies than ever are benefitting from the R&D scheme. It follows that awareness of qualifying activities are higher than ever.

If the scheme succeeds in encouraging innovation in the UK, then we can speculate that the it will help speed up the economic recovery after the COVID–19 crisis – at least while the government continues to support it. Although some conflicts exist between the scheme and other COVID-related funding schemes (such as the CBIL), we have seen some  anecdotal evidence that the crisis has compelled a significant number of companies to file an R&D claim in order to lessen the impact that COVID has had on their business.

Related:  The Impact of COVID-19 on the R&D Tax Credit Scheme

We will also be keeping a close eye on the effects that the proposed PAYE cap will have on the scheme.

What this means for you

Although we have seen a trend that leans towards stricter review policies of R&D claims, It’s as good as time as ever to rely on the scheme to help fund innovative activities, providing that best practices are followed during the claims process.

It’s widely recognised that innovation is key to economic growth so the government’s support of the scheme is unlikely to change in the foreseeable future. The impact of COVID-19 is likely to be felt for years to come and the government will likely see the scheme as one tool to speed up economic recovery.

Sectors that are benefiting most from the scheme

Below are the sectors that claimed the highest amounts of R&D benefit in comparison to what they claimed the previous year.

These big shifts are likely the result of wider adoption of innovations such as emerging construction methods (e.g. modular construction), Low Impact Development (LID) techniques in civil engineering and the emerging impact of artificial intelligence and big data on EdTech and the medical field.

As has been the case in previous years, in 2017-18 the biggest beneficiaries of the R&D scheme were Manufacturing, Information & Communication and Professional, Scientific & Technical sector categories. They claimed £1.48 billion, £960 million and £1.2 billion respectively. 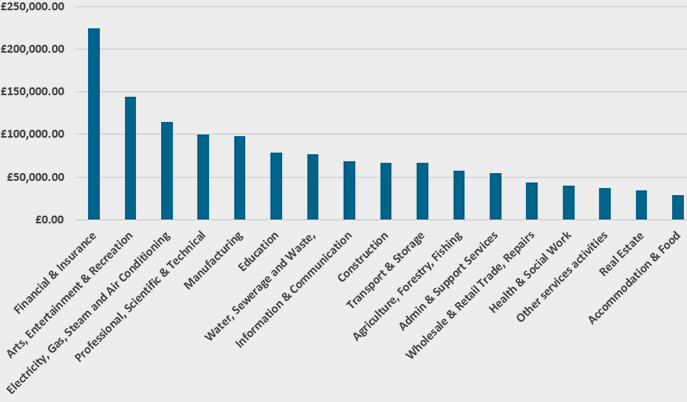 Regions that are benefiting most from the scheme

In 2017-18, London and the Southeast continued to claim the lion’s share of R&D Tax Credits by claiming a total of £2.38 billion. All of the other regions combined claimed a total of £2.75 billion. The West Midlands, Wales and Northern Ireland saw the biggest increases in the amount claimed (30%, 27% and 26% respectively). 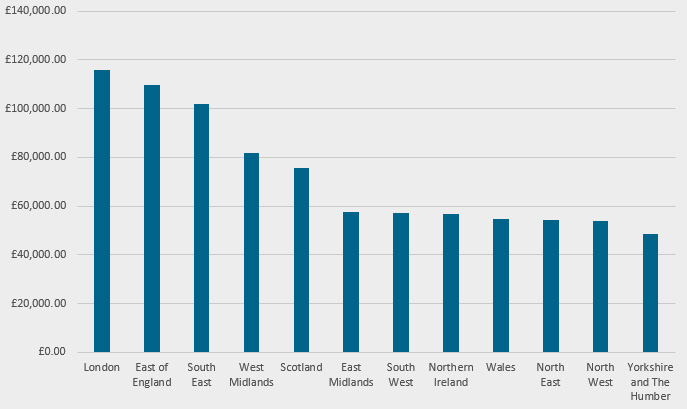 Lastly, UK companies spent a total of £36.5 billion on activities that met the criteria of the scheme and enabled them to claim.

The uptake of the R&D scheme is not shown any signs of slowing down which suggests that there are still a significant portion of companies that are able to claim but are not claiming . The construction industry has surged forward in the amount of benefit claimed and the West Midlands, Yorkshire and Wales have seen the biggest growth in the amount they claimed in comparison to the previous year.

Lastly, following a t report by National Audit Office published earlier this year , we think there is a good chance that HMRC will begin to scrutinise claims more closely in a bid to target low-quality claims and control the costs of the scheme.

If you need any obligation-free advice on preparing your first claim or maximising the value of your next claim without risking an enquiry, contact us.