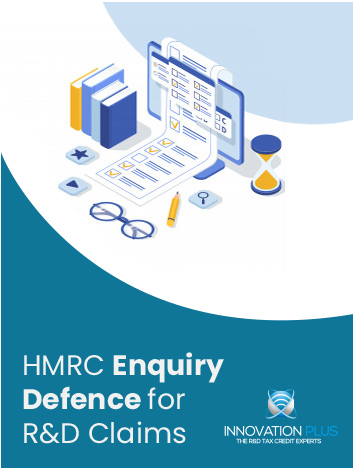 In recent years it has become important for companies to be prepared to respond effectively if HMRC raises an enquiry into their R&D Tax Credit claims.

As the R&D scheme has grown in popularity and more companies have sought to benefit from the scheme, we have seen a parallel trend of HMRC putting in place stricter claim review policies and anti-abuse measures.

Although our own enquiry rate has remained consistently low for our clients’ claims (0.01% on average) this trend has likely led to higher enquiry rates across the UK.

Examples of this trend include:

An enquiry will usually take, at best, several months to resolve, and can quickly become a liability for companies both from a monetary and resource perspective. An ineffective response to HMRC’s initial query runs the risk of further increasing the scope and length of the enquiry.

Case Study of an Enquiry

Recently a software development company that had been claiming successfully for many years approached us about defending their six-figure claim after it had triggered an HMRC enquiry.

It was clear that their methodology, structure and the level of detail provided in the claim was not sufficient and further investigation revealed that no technical people as the ‘competent professionals’ were involved in the claim process. There had been no assessment of qualifying projects, or technological uncertainty by the technical staff and apportionments had been made by the Finance Director without involvement of the technical staff.

In the initial stage of enquiry, HMRC queried numerous aspects of the claim and asked for a significant amount of additional information. In their initial correspondence alone, HMRC asked almost 30 questions with many of the questions requiring detailed, technical answers.

At this point the company felt like they could ‘do it themselves’ and answered the questions as requested.

However, in parallel, HMRC asked its Chief Technology Office team to become involved. This team consists of HMRC IT ‘competent professionals’ who act in an advisory role on R&D enquiries where domain-specific technical knowledge is required to determine if the work described meets the requirements of the legislation.

At the point where the company contacted us, it became apparent that the collation of the required information, correspondence with HMRC and reworking all the required areas of the claim, was likely going to be a far bigger undertaking than preparation of the original claim.

There was also the possibility of the claim being rejected either partly or in entirety which introduced the risk that this new information could be considered as a ‘discovery’ which meant that HMRC could then go back up to 6 years (for carelessness) or 20 years (for deliberate actions), opening up every single closed period, and demanding partial or complete repayment of those R&D tax  credits, potentially with fines and interest.

We assessed the claim and determined that the work met the requirements of the legislation. At this point, we took over the enquiry, managing the correspondence with HMRC, repreparing the claim in accordance with the legislation and preparing the technical team to be interviewed by the HMRC CTO team. The enquiry was successfully concluded without any subsequent adjustment

It is imperative to get expert advice as soon as an enquiry is opened to avoid the risk of the claim becoming irrecoverable.

Related: What is an R&D claim enquiry and how to avoid it

How Innovation Plus can Help

Innovation Plus are experts in R&D claim enquiry defence. While this is something we automatically provide when we prepare an R&D claim, we can also provide a robust defence of other claims as a separate service, ensuring that your claim value is maximised while complying fully with the tax law.

The actions that our team takes to successfully defend claims can include:

Once your case is resolved we will also advise you on the most up-to-date legislation and  processes required to maintain compliance and resilience of future claims. This is important as claims tend to be scrutinised much more closely after the first enquiry is raised.

If you require assistance with an R&D claim enquiry, contact us. We’ll be glad to give you an objective assessment of your case and some initial recommended steps without any obligation.