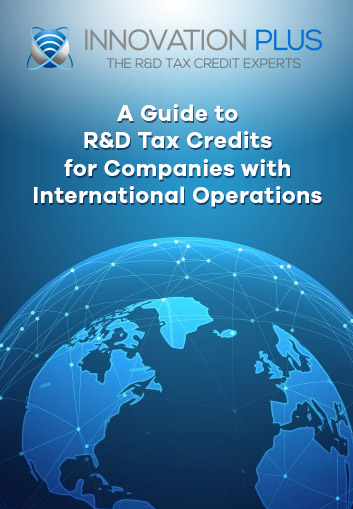 UK companies subcontracting its R&D to a foreign company

Related: What are R&D Tax Credits?

A common misconception about the R&D scheme is that subcontracted R&D work must be carried out within the UK borders to qualify for the scheme. In reality, the qualifying work can take place anywhere in the world, providing that it meets the definition of subcontracted R&D for tax purposes and it is being funded by the UK-based company making the claim. It’s worth noting that you can only include 65% of qualifying subcontractor costs in your R&D claim as opposed to 100% of qualifying costs of full-time employees.

If you are not an SME and claiming under the RDEC scheme, you cannot include any subcontractor costs in your claims regardless of where the work is done.

However, if you have overseas individuals who are working on a qualifying R&D project, you may still be able to include them in your claim as externally provided workers (or EPWs). The main difference between these and subcontractors is usually that they will be under your company’s direction, supervision and control while carrying out the qualifying work.

Sensible R&D planning at the time of contracting with an offshore development company can often yield significant future benefits. Where offshore development takes place with open commercial arrangements, and clear visibility as to the underlying cost base, using the joint nomination rules for Connected parties will allow a company to claim more than the usual 65%.

Finally, after April 2020, the cash benefit of R&D claims whether RDEC or payable credits will be limited to 3 times the value of their PAYE and National Insurance liabilities for that year. This will clearly affect companies that subcontract their R&D while having minimal UK staff costs. More on this here.

UK company that is a subsidiary of a foreign company

A company that is a UK-based subsidiary or branch of a foreign company, and which carries out qualifying R&D activities, is still eligible to make an R&D claim providing it falls under UK Corporation Tax. Under the SME scheme, a company cannot claim for R&D that is subcontracted to it, which includes from a group company. However, assuming that there is a commercial reason to do so, and that it is not artificial, careful structuring to ensure that it is not subcontracted R&D, together with the appropriate supporting documentation will allow the relief to be successfully claimed.

A UK-based holding company with overseas subsidiaries can also claim R&D tax relief normally under both the SME and RDEC scheme. Once again, the type of scheme is determined by its size, turnover and assets. However, if it is claiming under the RDEC scheme it may be able to include 100% of qualifying R&D costs rather than 65%, if it subcontracts its R&D work to its overseas subsidiaries or EPWs. This is because the foreign subsidiaries are considered ‘connected companies’ so the normal restrictions that govern subcontracted R&D do not apply.

It is worth noting that company structures and relationships between holding companies, subsidiaries and subcontractors can be complex and must be considered on a case-by-case basis when preparing an R&D claim. Nevertheless, we hope you found this general guide useful.