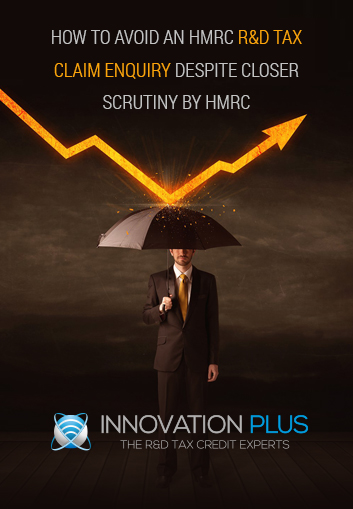 Recently we have seen a lot of news circulating about the sharp increase in R&D tax enquiries due to HMRC scrutinising R&D tax credit claims more closely.

We wanted to clear up a few things about this topic, give you our perspective on it and give you some useful tips on how to avoid an enquiry regardless of how closely your claim is scrutinised.

What exactly is an R&D tax credit enquiry?

An R&D Tax Credits enquiry happens when HMRC disputes your R&D tax claim or requests clarification on parts of your claim after reviewing it. Enquiries can range in severity. In their mildest and most common form, HMRC will ask you to provide more evidence or data to support the quantum of your claim. On the other end of the spectrum an enquiry can question whether your work even qualifies as R&D under the tax legislation. In such a case HMRC could reject your claim outright, adding penalties for carelessness, and further add retrospective penalties of up to 30% on previous R&D tax claims, requesting a payment of the historical claims with interest, by which time the claimed funds may have been long spent.

Has there actually been an increase in R&D tax enquiries?

There seems to be some credible data that suggests that there has in fact been a sharp increase in the number of enquiries over the past year or so. However, before you race off to call an urgent meeting with your accountant, keep in mind that so far, the evidence of an increase in enquiries has been focused on RDEC claims – the R&D tax scheme that applies to companies with over 500 staff or that have a turnover of over 100 million euros per year or that have over 75 million euros on their balance sheet.

If you are claiming (or you are thinking of claiming) under the RDEC scheme and you’re concerned about a potential enquiry, contact us. We’ll review your position and advise you on the best way forward without any obligation.

We have also heard and seen some comments that this shift in HMRC’s review policy has started to affect claims made by smaller companies (through the SME scheme). Our position on this is that we have not yet seen any evidence of this but we would expect HMRC to focus on different sizes of companies, sectors, and geographical areas at different times as part of their risk management process.

The fact is, if your R&D tax credit claim has been prepared according to the legislative criteria, is backed up by accurate data and is accompanied by appropriate supporting documentation, then it will hold up regardless of how carefully it is scrutinised. In fact, our own claims process has resulted in our enquiry rate across all types of claims to 0.2% (i.e. 1/5 of 1%) and our success rate for claiming has remained 100% since 2009.

If your claim is complex or you think it may be ‘borderline’ in terms of eligibility, contact us to get second opinion on the strength of your claim. We are just as likely to identify areas in your claim that need to be strengthened as we are to uncover opportunities to increase its value.

How to avoid an R&D tax claim enquiry

NB: Because every claim is unique, there is no way to give detailed guidance that will be relevant to everyone. If in any doubt about your claim, contact one of our team for advice, at no obligation to you.

Is closer scrutiny by HMRC a good or bad thing?

It may seem counter-intuitive, but we believe increased scrutiny to be a positive development. Removing careless, invalid and inaccurate claims will mean the government will have less reason to reduce the R&D tax benefit to eligible companies in future and encourage genuine R&D performers to keep claiming.

If your R&D claim is prepared properly, it will stand up to close scrutiny and the chances of an enquiry will be kept to a minimum, regardless of your company’s size or sector.

For advice on a current or future claim or if you need help with defending a claim that is being disputed by HMRC, contact one of our team for obligation-free advice.